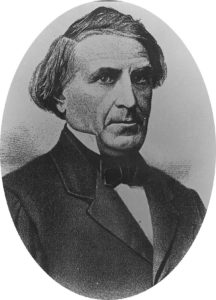 At first glance these letters seem somewhat insignificant. The first, dated May 14, 1874, is addressed to Z. Eastman of Elgin, Illinois, an engineer known for having developed tramway systems for the city of Chicago in the 1860s. By the letter’s context, it can be inferred that Eastman sent information to Washburne regarding the development of a tram system in Paris, where Washburne was serving as Foreign Minister.

He assured Eastman, in the letter, that the packet was passed along to the appropriate authorities and closed quickly with general pleasantries. Attached to letter was a note to Eastman from Washburne’s son, Gratiot, who reported that he had “called on the engineer of the city and placed your pamphlet before him. Nothing has been done in relation to the matter, and they told me another system of tramways has been adopted.”

In the second and third letters, dated 1881 and 1883, Washburne was trying to line up meetings between certain acquaintances and the current Minister to France, L.P. Morton. Morton was integral to the economic ties between the U.S. and France, and it was he who inserted the first rivet into the Statue of Liberty. One of the acquaintances he mentioned was Christian Wahl, a German immigrant, chemist, inventor and largest glue manufacturer in the U.S. The other was a lawyer whom Washburne knew. 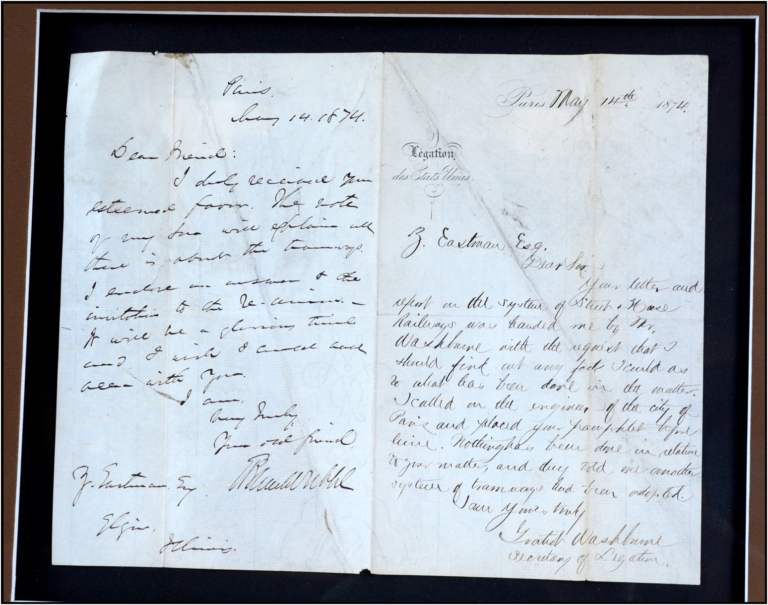 The letters don’t involve any stories of tussles on the House of Representatives’ floor; they don’t recount the heroism he displayed during the Prussian Siege of Paris; nor do they elaborate on the successes that he or his siblings enjoyed in either the private or public sectors. Although not exactly glamorous, they give us an insight to the daily life and actions of someone with superior political acumen. It is almost a behind-the-scenes look at the small things he did, day to day, to build a foundation of social leverage in the grander game of political chess. With these letters, we catch a fleeting glimmer of his genius.