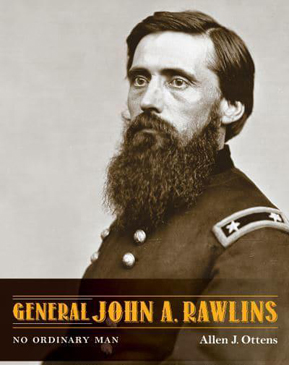 Spend the afternoon with Allen Ottens, author of the new best-selling book: General John A. Rawlins: No Ordinary Man, as he describes the General that was thought to be the closest to General Ulysses S. Grant, both professionally and personally.

“No one succeeds alone, and Ulysses S. Grant was no exception. From the earliest days of the Civil War to the heights of Grant’s power in the White House, John A. Rawlins was ever at Grant’s side. Yet Rawlins’s role in Grant’s career is often overlooked, and he barely received mention in Grant’s own two-volume Memoirs.

General John A. Rawlins: No Ordinary Man by Allen J. Ottens is the first major biography of Rawlins in over a century and traces his rise to assistant adjutant general and ultimately Grant’s secretary of war. Ottens presents the portrait of a man who teamed with Grant, who submerged his needs and ambition in the service of Grant, and who at times served as the doubter who questioned whether Grant possessed the background to tackle the great responsibilities of the job. Rawlins played a pivotal role in Grant’s relatively small staff, acting as administrator, counselor, and defender of Grant’s burgeoning popularity.

Rawlins qualifies as a true patriot, a man devoted to the Union and devoted to Grant. His is the story of a man who persevered in wartime and during the tumultuous years of Reconstruction and who, despite a ravaging disease that would cut short his blossoming career, grew to become a proponent of the personal and citizenship rights of those formerly enslaved.” Indiana University Press 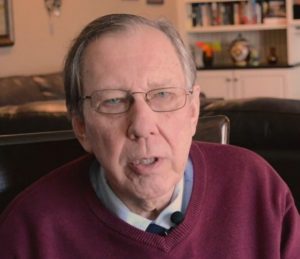 Allen J. Ottens is Professor Emeritus of Counselor Education and Supervision, Northern Illinois University. He worked as a psychologist at several university counseling centers. He is also a past president of the Manuscript Society. He has had a lifelong interest in the Civil War and Abraham Lincoln. He, his wife, and their green-cheek conure, Cisco, live in northern Illinois.

The presentation will be preceded by the Historical Society’s brief Annual Meeting at the Owner’s Club in the Galena Territory. This event is the final installment of the Historical Society’s Winter Program series.  Refreshments will be served.  Winter Programs are free to the public; however, donations are always appreciated.  A book signing, by the author, will follow the presentation.

Business to be conducted at the Annual Meeting:

Election of Board of Directors Members (2) Nominees are:

Vote on the Proposed Changes to the organization’s Bylaws – see proposed changes: https://www.galenahistory.org/wp-content/uploads/2022/03/Bylaws-2022-draft.pdf