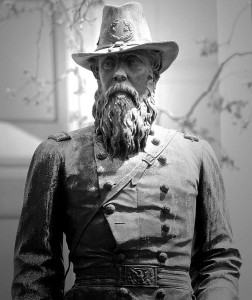 A statue, General John A. Rawlins was erected in Washington, D.C. in 1874. The town of Rawlins, county seat of Carbon County, Wyoming, is named for him, as well as Rawlins County, Kansas.